Dominic Cummings: No 10 accused of covering up lockdown breach 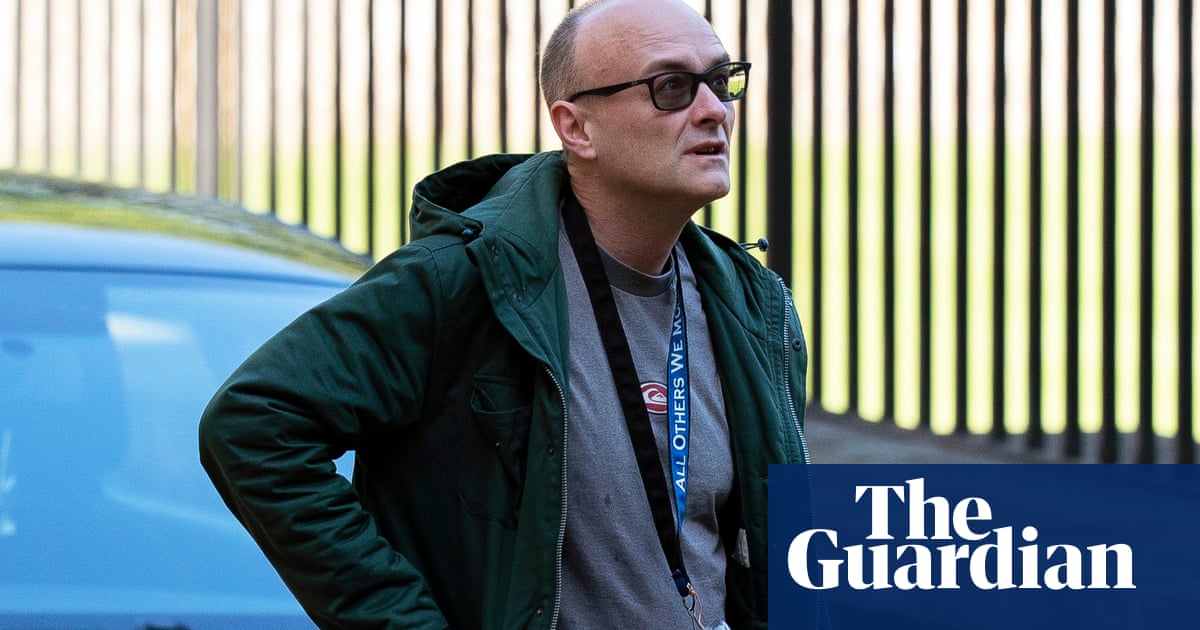 Downing Street is facing accusations of a cover-up over Dominic Cummings’s trip to Durham at the height of the national lockdown, amid reports that No 10 knew he made the 264-mile journey after developing symptoms of coronavirus.

Opposition parties have called for the prime minister to sack his chief adviser over the apparent lockdown breach, which was revealed in an investigation by the Guardian and the Mirror.

Durham constabulary spoke to Cummings’s family to remind them of the lockdown rules after receiving reports on 31 March that he was in Durham days after becoming sick.

Downing Street has repeatedly refused to answer questions from the Guardian over a number of weeks. It broke its silence on Saturday to offer the following explanation for Cummings’s movements: “Owing to his wife being infected with suspected coronavirus and the high likelihood that he would himself become unwell, it was essential for Dominic Cummings to ensure his young child could be properly care for. His sister and nieces had volunteered to help so he went to a house near to but separate from his extended family in case their help was needed.

“At no stage was he or his family spoken to by the police about this matter. His actions were in line with coronavirus guidelines. Mr Cummings believes he behaved reasonably and legally.”

Durham police said on Friday that officers had “explained to the family the [lockdown] guidelines”. On Saturday it said it was standing by its statement but had nothing further to add.

The BBC reported that an anonymous source close to Cummings had claimed that a “small number of people in No 10 knew that Cummings had gone to Durham”.

Few more details this morning –
-small number of people in No 10 knew that Cummings had gone to Durham, not stayed in London -seems it was his sister who had offered to help with childcare when he and his wife fell ill
-family stayed in separate house + had no contact in the end

This prompted the Scottish National party’s Westminster leader, Ian Blackford, to accuse Downing Street of trying to suppress the story.

Blackford said: “What I find interesting … is that members of Downing Street knew about this, so first and foremost Boris Johnson has serious questions to answer over what now appears to be a cover-up.”

A Labour party spokesperson said: “We are still waiting for a clear explanation from No 10 about Dominic Cummings’ actions. The public have made extraordinary sacrifices during this pandemic and the lockdown. It cannot be one rule for those who set them and another for the British people.”

The Guardian first approached Downing Street for a comment in April after being told by a neighbour of Cummings’s parents that they had seen him at the Durham property on 5 April.

No 10 refused to discuss the issue at the time. A spokesman: “It’ll be a no comment on that one. We wouldn’t get into location of individual members of staff.”

Speaking to BBC Radio 4’s Today programme, Blackford said: “The prime minister must explain exactly when he knew about the breaking of the rules, whether he sanctioned it, why Cummings wasn’t sacked immediately and why it appears that he tried to cover it up, not telling the public until the newspaper[s] broke the story eight weeks later last night.”

Dave Penman, the general secretary of the FDA, the union that represents senior civil servants, said Johnson had a duty to explain Cummings’ behaviour.

He told Today: “I think the prime minister needs to understand how heartbreaking this lockdown has been for so many families and the sacrifices that have been made up and down the country.

Plaid Cymru and the Liberal Democrats have also called for Cummings to resign or be sacked. One Tory MP told the Guardian: “I won’t be lifting a finger to defend him.”

They suggested Cummings would find few defenders in the parliamentary Conservative party. “He isn’t popular with most Tory MPs. The radio silence on the Tory MP WhatsApp group since the story broke is pretty telling. The issue is he’s increasingly becoming the story. The cardinal sin of any SpAd.”

The foreign secretary, Dominic Raab, accused opponents of Cummings of trying “politicise” his behaviour. He tweeted:“It’s reasonable and fair to ask for an explanation on this. And it has been provided: two parents with coronavirus, were anxiously taking care of their young child. Those now seeking to politicise it should take a long hard look in the mirror.”

His cabinet colleague, Michael Gove tweeted: “Caring for your wife and child is not a crime.”

Prof Susan Michie, of University College London, who is a member of Sage, the scientific group that has guided the government’s response to the coronavirus, suggested Cummings’ trip would undermine trust in the official advice on the outbreak.

Dorset’s police and crime commissioner, Martyn Underhill, said such a high-profile breach of the rules by Cummings would make it more difficult for police to enforce the lockdown.

He said: “Here’s a very high-profile person and it’s very unfortunate, the timing of this because, this is going to be the busiest weekend Dorset has seen this year.”

The HP Omen gaming laptop offers AMD and Intel flavors for $1,000 and up

How to Sync and Access Your Data Across Devices (2020)